Happiness is where we find it. When you travel abroad to different cities, you look for attractions which are unique to that place, part of what provides character to it. During our days in London, life moves pretty quick. You would miss it if you don’t stop and look around once in a while. The way forward is to think things through, endeavour to search and seek – measure and weigh those missing links such as, a series of right things that was not yet done; the places that we have failed to visit ….. so many worlds and everything in between. Open Sesame! The most glorious fact in my experience is that the right links which belong in our cycle of life will eventually come to us and stay.

Of all the places of interest we have visited in London, the global city of finance, one Public Square had evaded our attention –a missing link. Then one day, after a late breakfast at The Old Swan Restaurant in Kensington Church Street, Notting Hill, it rolled out exactly as it needs to – we went to a cinema house in that picturesque and historic place – Leicester Square, our missing element.

Located in The West End within the City of Westminster, Leicester Square, part of which was once known as Leicester Field, is adorned with a small English garden, surrounded by Victorian-style black railings, and festooned with mature trees, plants and full length statues of William Shakespeare (situated in the central concourse) symbolizing the Square’s connection with the theatre, and of the comic actor Sir Charles Spencer “Charlie” Chaplin (1889-1977) with his trademark bowler hat and walking stick touching a rose pinned to the lapel of his coat.

The garden also hosts four marble busts on granite plinths of artist William Hogarth (1697-1764) by J. Denham; scientist Sir Isaac Newton (1642-1727) by Calder Marshall; portrait painter Sir Joshua Reynolds (1723-1792 – the first president of the Royal Academy of Arts) by H. Weekes and Scottish Scientist John Hunter (1728-1793 – the father of scientific surgery) by T. Woolner. The inscription on the white marble pedestal of the “Stratford” statue of the Bard and Fountain by G. Fontana rightly proclaims “This enclosure was purchased, laid out and decorated as a garden by Albert Grant Esq. M.P. and conveyed by him on the 2nd July 1874 to the Metropolitan Board of Works to be preserved for ever for the free use and enjoyment of the public.”

North from Trafalgar Square and east of Piccadilly Circus, the Square, which can be accessed on foot in less than five minutes from Leicester Square Tube Station, is named after English diplomat Robert Sidney (1595-1677), 2nd Earl of Leicester (Fourth Creation) who, in 1630 had the mental alacrity to acquire four acres of land in St. Martin’s Field and built Leicester House (demolished in c. 1791-2) on the site of the Swiss Centre. Though the Earl was busy serving as ambassador in Denmark and later in France from 1632 to 1641, he agreed with the Privy Council of King Charles I to provide St. Martin’s parishioners with a tree planted public area around which grand houses eventually sprouted up.

When this public garden, the launching point that set off the Square on its long path to popularity, fell into poor repair, it was purchased by Baron Albert Grant (born Abraham Gottheimer – 1831-1899) and the deeds were gifted to the Metropolitan Board of Works on July 2, 1874.

Grant commissioned architect James Knowles (who designed the Aldworth house of poet Alfred, Lord Tennyson) to lay out the garden and provision to position the statue of the Bard. The Square has had other plusses and minuses. During the Edwardian era when many areas in London became famous as places of public entertainment as theatre and musical hall culture blossomed, Leicester Square, which was long renowned as haunts of prostitutes and Turkish baths, also became prominent for its show-business institutions. The Alhambra was then the most popular music hall there, catering to the lower classes with acts ranging from singing to magic. The downfall of the already loss-making music halls came with the increasing popularity of radio and cinema.

Nick named Theatre Land, the Square’s movie houses Vue Cinema, Empire (also house “The Casino at the Empire”) and Odeon Leicester Square with its looming tower, regularly hosts red-carpet European premieres of movies (limited to the invitees or ticket winners of competitions). These cinema houses offer large variety of movie options including impressive facilities (fitted with Infra Red Hearing Systems compatible with most hearing aids) that reflects in the ticket prices, though there are half-price ticket booths, too. Here you may catch a glimpse of the famous and glamorous stars to the like of Brad Pitt, Kristen Stewart, Leonardo diCaprio, Bérénice Marlohe, Katherine Heigl, Daniel Craig….. treading the red carpet as they promote their movies and often indulge in posing for photographs or sign autographs.

An added attraction is that the pavement around the Square is embedded with bronze hand-casts of prominent screen actors, studio emblems, etc made as part of the celebrations during British Film Year 1985, etc. Leicester Square has provided us with many wonderful opportunities to enjoy movies and also, owing to my wife’s fondness for steaks, we could drop in at the Angus Steak House in the Square, as well – “Ok, I will have what she has.”

The restaurants and pubs dotted around the Square offer many options to suit all tastes and budgets for “eating out”. There is Chiquito (Mexican) Restaurant, TGI Friday’s, “Bella Italia” serving Italian cuisine and fast-food joints like McDonalds and Burger King.

For enthusiasts of Gelato there is Häagen-Dazs, and also “Rendezvous”, a popular spot offering a super range of Gelato, Sorbets and Yogurt in exciting flavours inspired by Italy. Not far away is another landmark, The Radisson Blu Edwardian Hampshire Hotel. Many souvenir shops thrive through sales around the vicinity and you can watch the world sail past or the street painters at their work earning the admiration and possible sale from a passerby. During the night, the Square becomes a hubble bubble of lights and activity.

London, whose histories focus on a legion of monuments, public centers, roads and squares, the essence of the city’s soul, has always been in a state of transformation, though there is a shortage of space. On the strength of the London 2012 Olympic Games and the Queen’s Diamond Jubilee celebrations – occasions for grand manifestation of patriotic fervor when throngs of extra tourists were expected to enjoy the dynamo of enthusiasm and energy of the West End, this green jewel in the center of London also underwent a massive 18-month renovation project initiated by the City of Westminster which commenced in December 2010 at a cost of £15.5 million.

Back in 2008, the Swiss Glockenspiel, (an astronomical clock and a procession of 23 farmers herding their cows to Alpine pasture, installed in the Square in 1985 as a gift to the City of Westminster on its 400th anniversary by Switzerland and Liechtenstein as a token of centuries of friendship), was demolished to redevelop the land where the Swiss centre was situated. Redesigned by Swiss artists and rebuilt by clockmaker Smith of Derby with the combination of traditional elements and new wireless technology, the musical clock with new music was reinstalled on November 28, 2011 on a 10m (32 ft) high free-standing steel structure sponsored by the Swiss Tourism Office featuring 11 moving wooden figures representing traditional farmers forming part of a rotating Swiss Alpine backdrop beneath 27 bells. (Read the book “’A Curios Colony’: Leicester Square and the Swiss” by Peter Barber which portrays the deep-rooted connections between the Swiss émigrés and the area around the Square.)

On May 23, 2012, the Mayor of London Boris Johnson, his eyes probably set on No: 10, re-launched the Square/garden terming it “an urban oasis” in a lively ceremony inside a make-shift stage, just in time for the May 31st premiere of Ridley Scott’s “Prometheus” starring Noomi Rapace and Charlize Theron.

As we look through the handprints of the actors on the pavement, a medium through which people could experience a bit of movie history, certainly we will find many missing names of stars including that of Daniel Craig. It occurred to me that, with the year 2012 commemorating the London Olympic Games, the Queen’s Diamond Jubilee, Eon Productions’ 50 years of James Bond celebrations and release of the 23rd Bond series at cinemas in the Square, with the best will in the world, it would be a grand gesture to endorse the hand-prints of Daniel Craig to cut a dash with the other A-List celebrities on the pavement which would provide a new feature of fame to the intimacy of this beautiful Square. Perhaps some can live without Craig’s handprint, but there are also some who don’t want to…. Maybe the point is that it was always so.

“The greatest gift of the garden is the restoration of the five senses,” wrote Hanna Rion ver Beck (1875-1924). Promoted as “Your Square, Your Choice!” the revamped Square has a water feature that jets recycled water two meters high into the air. Perhaps influenced by minimalism, the aide-mémoire busts of Hogarth, Newton, Reynolds and Hunter that have stood at the four corners of the Square were removed during the renovation as they were “fairly weather-beaten and fragile” may be reinstated or housed in museums or libraries. Nothing is more real than nothing. However, it’s comforting to learn that the removed bronze statue of Chaplin which consecrates the Square to cinema and theatre will be returned, cleaned and repaired. As the Square entered its new phase, a friend is enthusiastic about the outcome of the renovation observes that the levels of popular fascination for the gated Square is in “good form”, both relatively and absolutely.

In the stylish and coherent new look designed by architects Burns & Nice, the Square is bordered by polished stainless steel railings and hedge plants (for colour and form all year round), and, the pathways to demarcate the spaces within the re-landscaped gardens, adorned with the natural flair of trees and ornamental plants, are ingeniously paved with granite blocks. It is also surrounded by a white (to reflects light and colour) granite ribbon seating arrangement (with special coating to deter chewing gum) which runs undulating around the Square where you can sit and get revitalized –think happy thoughts, cajole stressed spirits. This ribbon seating could be ideal for drunks to rest their feet and nurse their stupor (inexpensive and pragmatic) considering that, according to a book, the British allegedly drink more than any other people in the Western world unless they are Keralites who soak in it.

If you note your diary for a visit to Leicester Square for its restaurants or bars or casino or for diverse entertainments, be sure to mark the garden for relaxation or for a meander on the lawns. No, the Seed Fairy doesn’t live in it. It’s just a special English garden, simple but vibrant – that merits a visit. Ciao, Jo

(PS. Photos of Italian food/ice cream for representation purpose only) 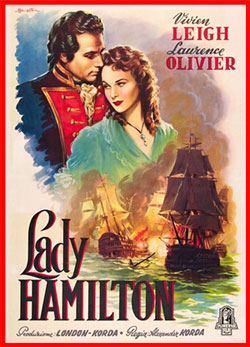 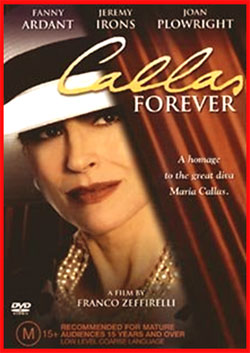 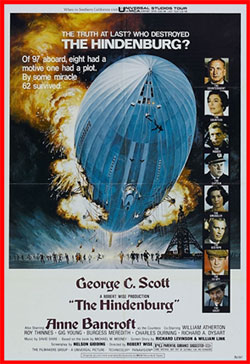 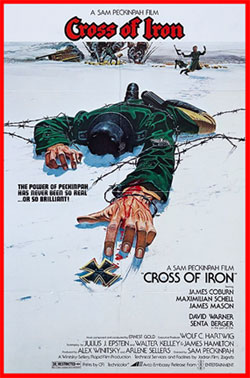 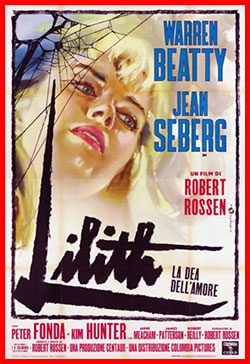 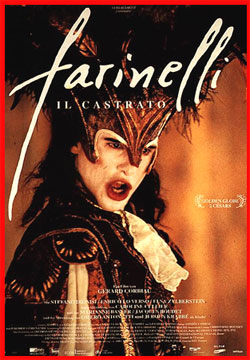 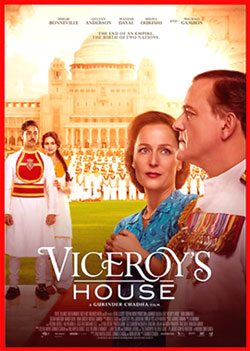 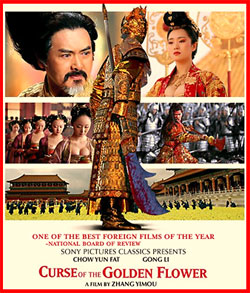 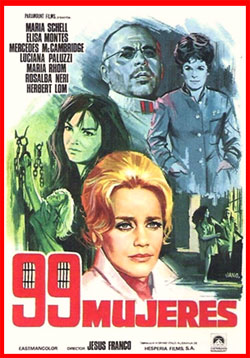 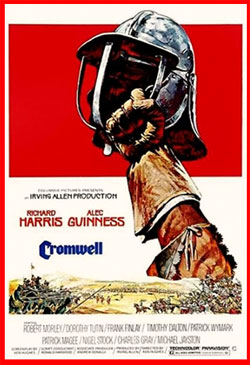 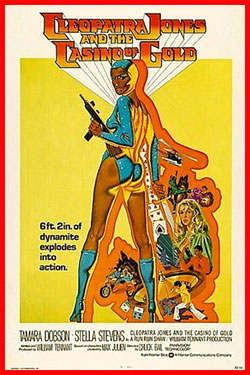 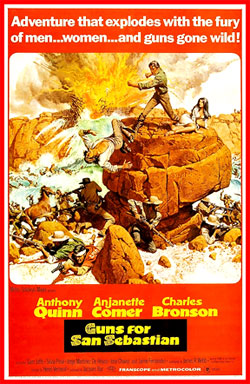 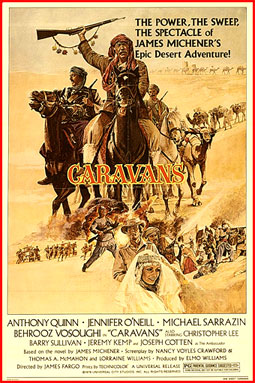 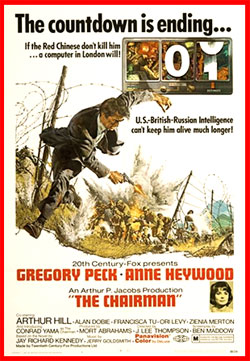 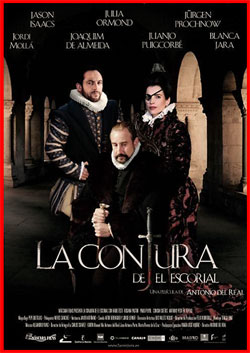 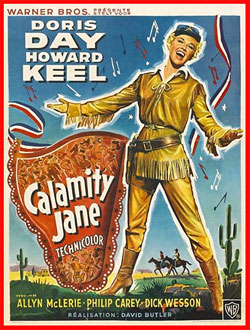